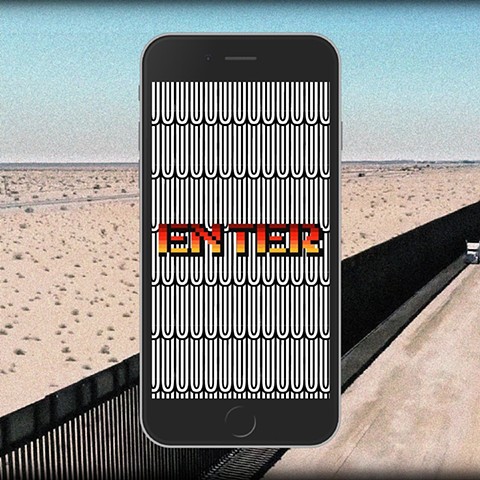 As part of El Museo del Barrio's year-long initiative ESTAMOS BIEN: LA TRIENAL 20/21, the museum announces the online launch of the video animation, The Wall by San Antonio-based artist Michael Menchaca on Thursday, October 22nd at 6pm. Accompanied by a score drawn from journalist Jorge Ramos Avalos's 2019 op-ed, "Trump is the Wall," the video incorporates the language of video games, Mexican codices, Chicanx graphics, and other popular sources to address the political and humanitarian crises related to the U.S./Mexico border wall. Released just prior to the 2020 Presidential election, the project thus addresses one of the major issues surrounding the current U.S. administration.

Commenting on the project, Menchaca states, "With the virtual presentation of The Wall, my intention is to offer a space for contemplation on one of the central campaign promises of the 45th U.S. president as he seeks reelection."

Originally displayed as a three channel video, Menchaca's online presentation of the The Wall is presented as a continuously streaming loop on a custom-built, arcade-inspired website.