In a dark and immersive gallery, Michael Menchaca expands on the colonial fantasies of the Texas creation myth with their newest video work. Conceptually, The1836 Project (Extended Widescreen Edition) digs deep into the histories of Texas to reframe conversations about race and identity. This exhibition has a timely resonance as the nation debates over the inclusion of critical race theory in schools and scholars work to dispel the myths surrounding historical figures and sites. Source materials include a research into technology, history, and popular culture, especially in relation to Texas. Stylistically this work employs vivid colors, active layering, purposeful pacing, and use of familiar cultural images that convey the colonial and racist realities of Texas history.

Inspired by primary sources of indigenous knowledge such as ancient Mesoamerican codices, the artist’s oeuvre is comprised of multi-media artworks which contain this contemporary visual vocabulary. During their residency at Artpace, Menchaca has developed his personal lexicon of icons to include figures and items culturally specific to Texas and has transformed symbols like the Alamo, the Stetson hat, and spurs into elements of a revisionary language. This animated video installation allows the viewer no pause from the realities of a flawed storytelling in the United States.

The delivery of this art is through a five-channel video projection synchronized to play the animations throughout the entire installation. Accompanying the visual art is a deep rhythmic soundtrack created by the artist to mesmerize the viewer and create a space of somber contemplation. Underlying the conversation around the revisionist history of colonization and white supremacist tropes in popular culture is the significance of modern technology and it’s impact on people of color. Menchaca argues that “government agencies and Big Tech companies have constructed a digital caste system to maintain existing racial inequities in what Dr. Ruha Benjamin characterizes as ‘The New Jim Code’ era.” Mastery of digital technology with art turns the tables on the industries who monopolize our culture.

The exhibition title is taken from the bill that Texas Governor Greg Abbott signed in early June called the “1836 Project” or House Bill 2497. The 1836 Project is meant to “promote patriotic education” but will likely be a continuation of whitewashing history and suppressing people of color. Historical reframing isn’t something that is a part of our past. It is an active attack happening right now in Texas and around the country. Artist Menchaca invites you to investigate your relationship with Texas and its complex history.

Artist Menchaca invites you investigate your relationship with Texas and its complex history. 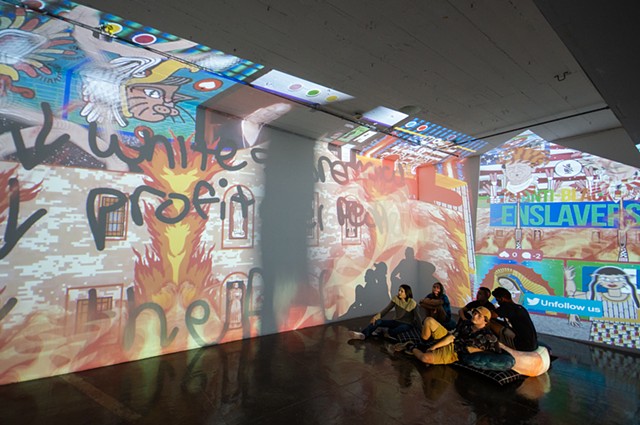 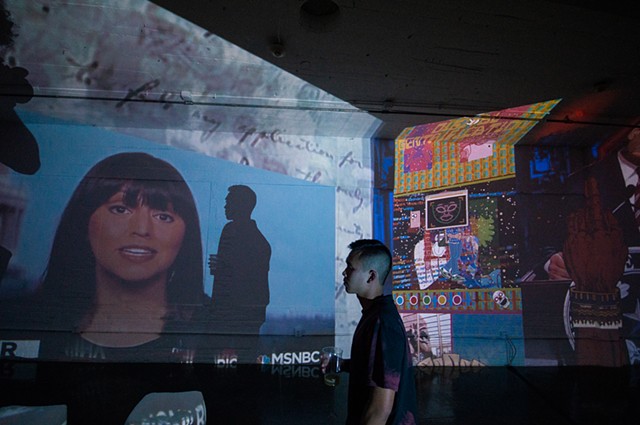 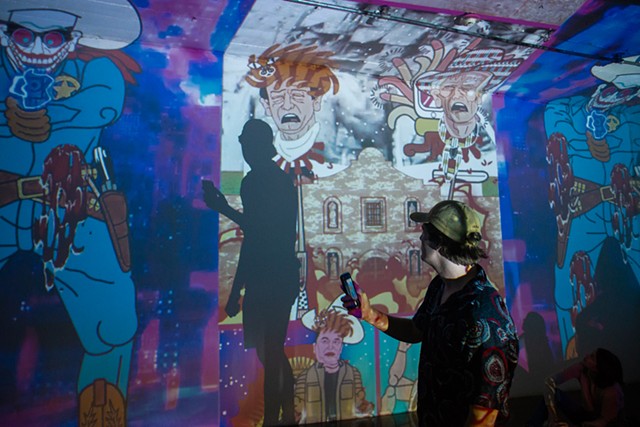 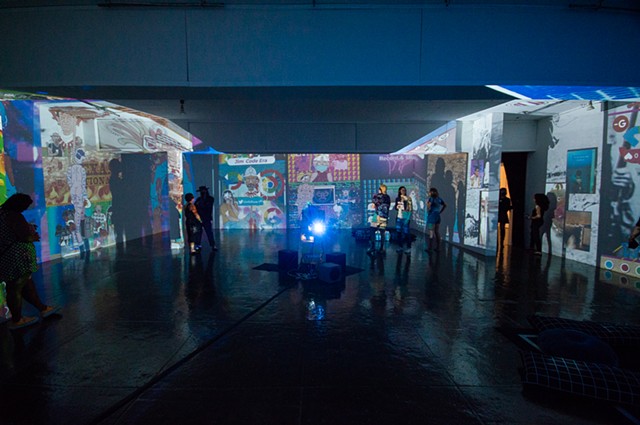 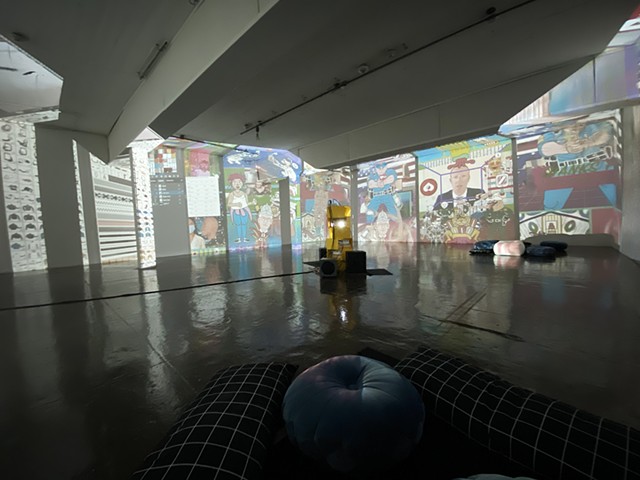 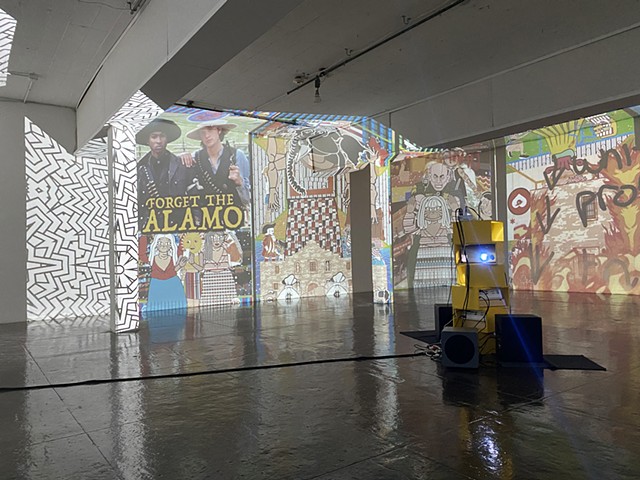 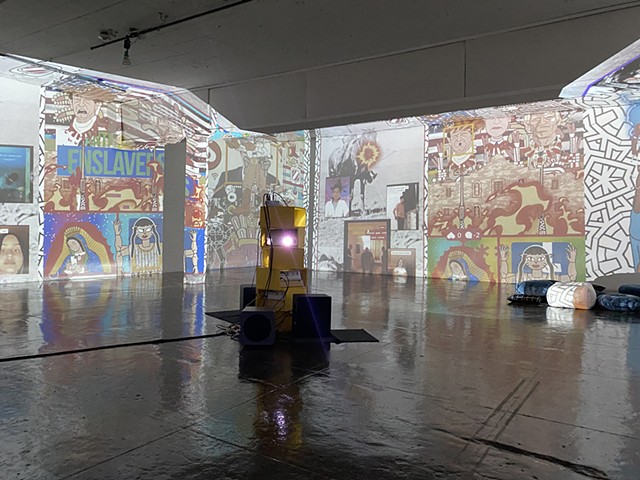 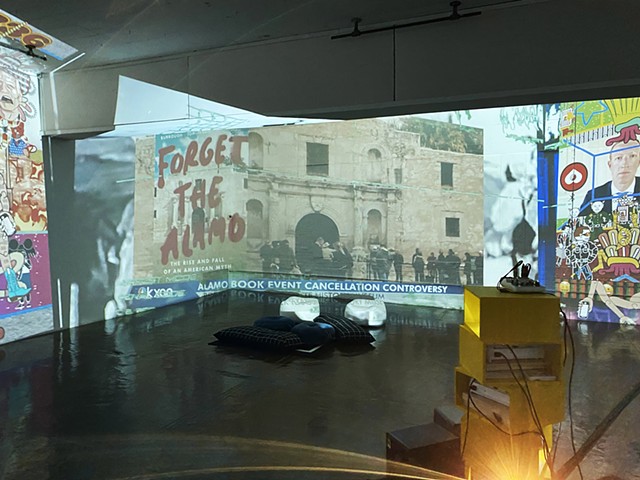 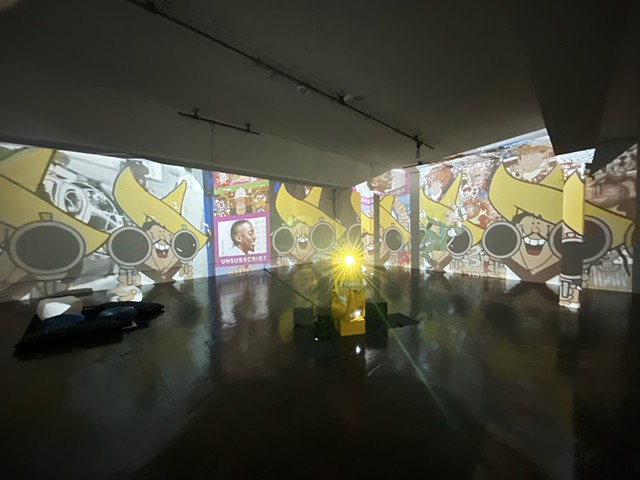