New Works: Michael Menchaca 2012 December 18 through February 17 A playful parade of bold color, graphic patterns, and glyph-like symbols, New Works: Michael Menchaca invites viewers to navigate an immersive origin story of the cosmos. Staged against the backdrop of wild wallpaper, the artist's new experiments in animation chronicle the creation and destruction of lands and anthropomorphic beasts. Screen prints accompanying the video pieces speak to migration, struggle, and ultimately triumph through coded language that a guide in the center of the Gatehouse Gallery aids visitors in deciphering.

"What struck me when first introduced to Menchaca's art is how he applies humor to subjective, and even controversial, topics including contemporary border politics, trafficking, and immigration," says Curator of Exhibitions and Public Programs Andrea Mellard, who organized the exhibition. "His cartoon animals and neo-Mesoamerican graphics invite multiple interpretations of cultural struggles. For New Works, Menchaca proposed an ambitious project that expands his screen printed narratives to include animation and installation exploring the origins of his characters."

The first solo museum exhibition for the San Antonio-based artist, New Works: Michael Menchaca is part of AMOA-Arthouse's ongoing New Works series showcasing cutting-edge art by emerging Texas artists taking their work in new directions. Details: A set of four creation myths for four classes of living creatures. Each print is presented as a diptych; the left side depicting creation and the right side destruction. These are four attempts at creating a microcosmos.

A digital animation plays in a loop alongside the prints. 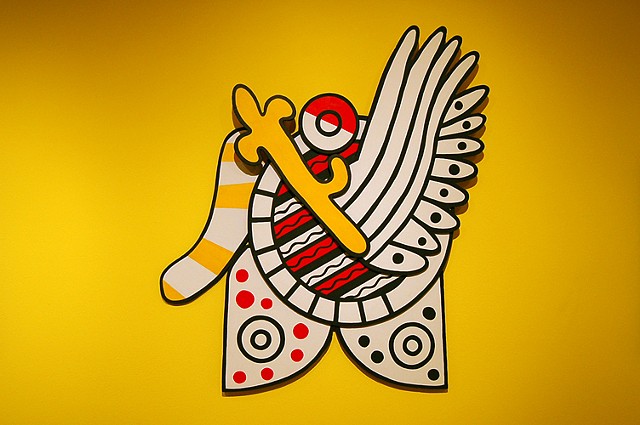 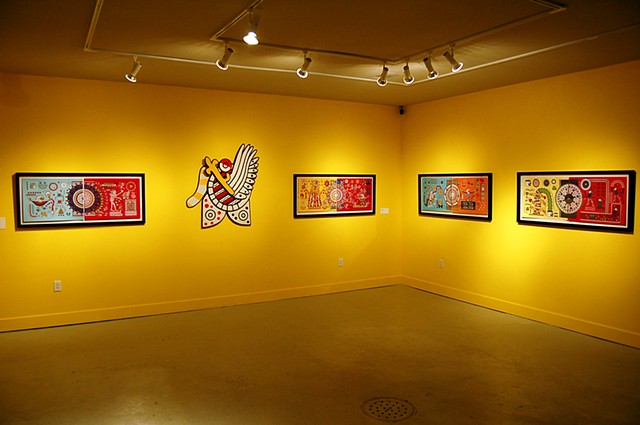 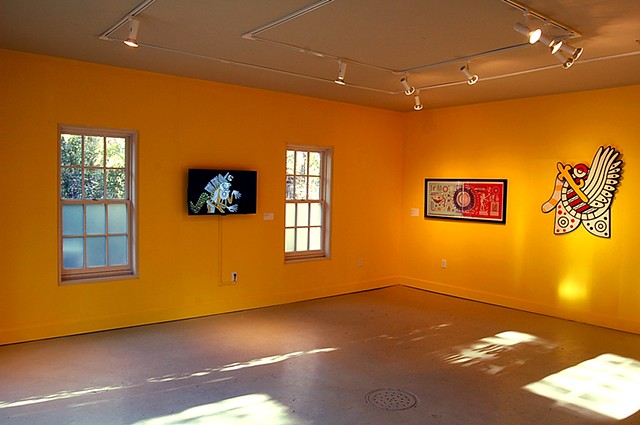 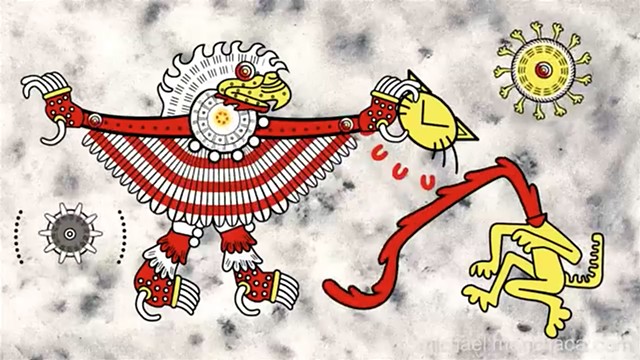